About Reality Self Defence Concepts

RSDC is based on concepts built around footwork and striking. We believe in keeping things as simple as possible and all the body mechanics for striking and defending are based on the same principles. This is an important part of the system as cutting back on the decision making time could be the difference between going home to your family or not.

De-escalation techniques and conflict management strategies also play a huge part in the RSDC system.  We believe the art of de-escalation is one of the most important aspects of self defence and often overlooked in other systems. Talking in high stress situations and and positioning yourself correctly are imperative in self defence. This gives you the best possible chance to get to safety as soon as possible and also gives you a higher chance of success should things go physical.  Our number one priority is always for our members to go home safely, preferably without the need for it to go physical. RSDC founder and head coach Neil Walton is an active police officer and police personal safety trainer. He has  extensive experience of physical confrontation and the law surrounding this area. This knowledge is passed on to our members and affiliated instructors.

Our instructors are constantly training and improving their skillsets in different areas of martial arts and self defence. This ensures that we are always at the forefront of developments and we are passing on the most up to date, effective solutions to our members.

All RSDC instructors also attend regular update training together under the guidance of head coach Neil Walton. Everything in the RSDC  system has been drilled and pressure tested extensively by our instructors .

Only techniques and solutions which have been found to have a high rate of success against non compliant, aggressive attackers are kept and passed on to our students.

RSDC is the only association that teaches the UK Police force for personal safety. 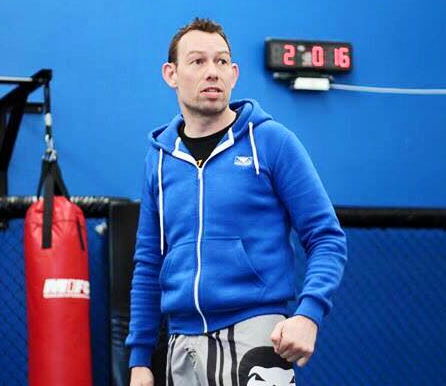 RSDC founder and head coach Neil Walton started martial arts training at the age of 5 and he has never stopped training in many different systems.

Neil’s reason for training all these different systems was to find the best way to win in competition and also for using in a self defence situation.

As Neil’s quest for perfection continued he understood that no system was perfect, however by blending systems together you could get pretty close.

Reality Self-Defence Concepts takes the best attributes from each system and pressure tests them. If they don’t work under pressure they won’t work in a real life self defence situation. One of the best ways to pressure test is in sport and although this is a great way to see if it’ll work, sometimes what works in the ring isn’t always the best thing for a self-defence situation.

The art of fighting whether in a sporting context or a self-defence context is complex. There are multiple factors that affect the outcome and isn’t always “someone does A you do B”. It is ever flowing and changing and the ability to understand this and transition to the next option is the skill that needs to be honed and practiced.

Practice is something Neil has had a lot of, both in the ring and on the street as a serving Police Officer. Having to deal with de-escalation and becoming skilled in the art of verbal jiu-jitsu. When things have got physical he has drawn on his vast experience and taken note of the tools in his tool box that worked or didn’t work. As a result of this Neil has had some of his “techniques” added to the Police Officer training manual which are being taught nationally to the British Police.

Neil is only interested in “techniques” that have a high percentage success rate and with his extensive hands on experience he’s managed to filter through what works and what doesn’t in a stressful situation.

This site uses cookies. By continuing to browse the site, you are agreeing to our use of cookies.

We may request cookies to be set on your device. We use cookies to let us know when you visit our websites, how you interact with us, to enrich your user experience, and to customize your relationship with our website.

Click on the different category headings to find out more. You can also change some of your preferences. Note that blocking some types of cookies may impact your experience on our websites and the services we are able to offer.

These cookies are strictly necessary to provide you with services available through our website and to use some of its features.

Because these cookies are strictly necessary to deliver the website, you cannot refuse them without impacting how our site functions. You can block or delete them by changing your browser settings and force blocking all cookies on this website.

We also use different external services like Google Webfonts, Google Maps and external Video providers. Since these providers may collect personal data like your IP address we allow you to block them here. Please be aware that this might heavily reduce the functionality and appearance of our site. Changes will take effect once you reload the page.